I thought I’d learn Fritzing and post the circuit diagram of the modified Shinyei PPD42NS. The circuit is really quite simple. In the 42R, the Shinyei is connected to the Particle Photon which is a microcontroller with built-in Wifi and a cloud service. The Photon is shown below on the breadboard. 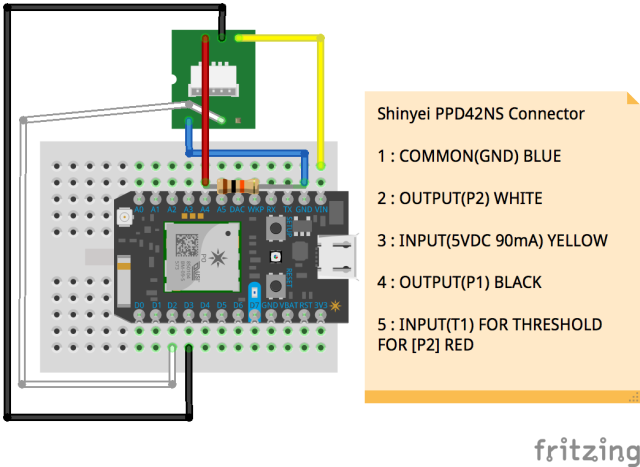 I played with the resistor value quite a bit, until I settled on 10K. In the Shinyei, there are two internal 82K resistors and so adding the external 10K, reduces the threshold to 0.47V

This modified threshold is measured at A4 in the Photon. So if you are reading 0.47V at A4, everything is OK. Else something is off. Reducing R3 to make the sensor more sensitive does not work well, there is a lot of noise.

2 Responses to Circuit Diagram for the Pickle 42R Red