It’s been a while and school intervened and I did not get to post to the blog. Since then there have been a bunch of questions and so first I want to show a few more Pickle Jr. PM Monitors I have built. I used laser cut acrylic at the local TechShop (love the place!) to make the PPD42 and the Arduino board fit together, rather than cut the box as I previously did with the Dremel and rotary cutters. So here they are: 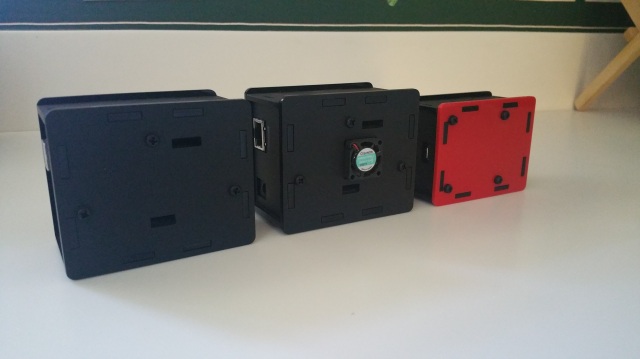 The one the left is a 42R i.e. with the sensitivity resistor added but without the fan (more on this later). The one in the center is 42RF i.e. with the resistor and a fan. Unlike the fan I added before. I mounted this fan on the opening of the PPD42. The last one (red) is a 42R with a Particle Photon. I showed the 42R Red at the SolidCon 2015 last year.

Here is another view that shows that there are three different boards in each Pickle.

So now on to how to connect the 10K resistor. I’ll describe this using the 42R Red. This is the smallest one I have built since the Photon is smaller than an Arduino Uno, the size is slightly larger than the PPD42 itself! The black tabs are the acrylic from the other pieces showing thru the red acrylic. It all fits together without any glue! 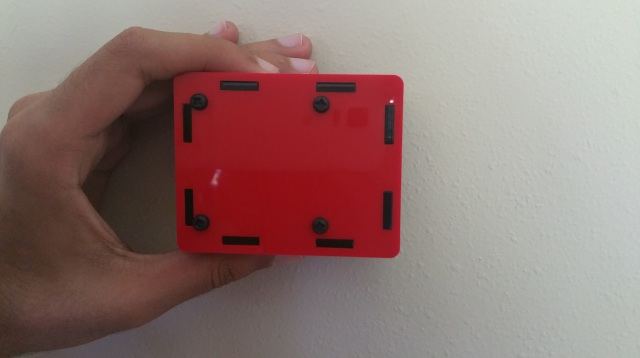 Now lets open the box by removing the front face, 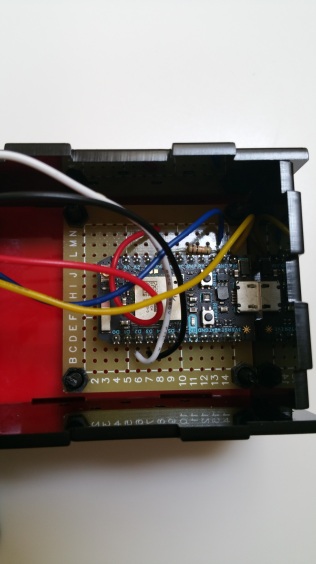 So now you can see that the 10K resistor is connected between A4 on the Photon, which is simply Pin5 on the PPD42 and GND. The 42R has only one cable and that is a USB cable for power. The PPD42 gets power from the VIN on the Photon and since there is no fan that is all that is needed. The Photon has wifi on board and so connected to the Photon Cloud.

Hope you liked these, I’ll return later this week and post some more results.